Can cats get Cushing's Disease? 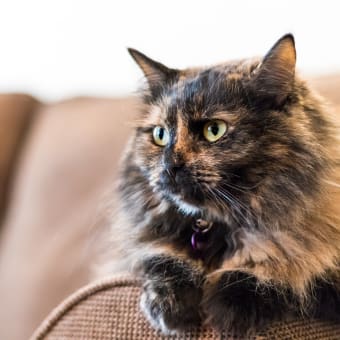 While rare in cats, Cushing's disease can occur, and when it does the symptoms can be alarming. In today's post our Matthews Veterinary Internal Medicine Specialist shares some of the tell-tale signs of Cushing's disease in cats and what causes the condition.

Cushing's disease or Hyperadrenocorticism is caused by the excessive and persistent production of cortisol from the adrenal glands. Excessive cortisol production can occur due to one of two underlying issues.

Iatrogenic Hyperadrenocorticism is a form of Cushing's disease that is caused by the long-term and high dose use of cortisol-like drugs to treat allergies and inflammation caused by other health conditions, or progesterone-type drugs (progestagens) which are used to control reproductive cycling in female cats.

Symptoms of Cushing's Disease in Cats

Although Cushing's is relatively rare in cats there are a number of symptoms that are characteristic of the disease. One of the most noticeable and troubling symptoms that can indicate your cat has Cushing's is extremely thin and fragile skin which breaks and bleeds when you simply pet your cat.

Treatment for Cushing's Disease in Cats

If your cat is diagnosed with Cushing's disease, treatment will depend upon the underlying cause of the condition.

If your cat is diagnosed with iatrogenic hyperadrenocorticism your vet will prescribe a controlled and gradual withdrawal of the medications that are causing the disease. Alternative medications will need to be prescribed to treat the underlying condition for which the problematic drug was originally prescribed.

If your cat is suffering from naturally-occurring hyperadrenocorticism your vet may recommend one or more of the following treatments:

Prognosis for Cats With Cushing's Disease

When it comes to predicting the treatment outcomes for cats with Cushing's the cause of the condition will play a large role in your cat's prognosis.

Many cats respond well to treatment for iatrogenic hyperadrenocorticism and go on to live a comfortable life for many months or years.

That said, if your cat's Cushing's disease is caused by a malignant tumor the prognosis will be understandably guarded.

At Carolina Veterinary Specialists in Matthews we offer advanced care for cats diagnosed with Cushing's disease. Ask your vet for a referral to see our board-certified veterinary internal medicine specialists.

Carolina Veterinary Specialists in Matthews accepts new clients to our specialty services by referral only. Our emergency service accepts all clients.