What is Valley Fever in Dogs? 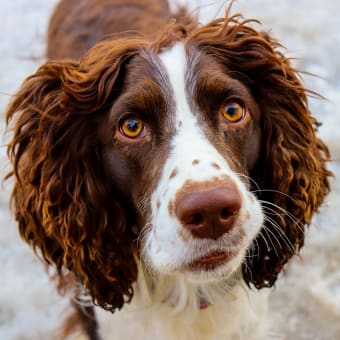 Coccidioidomycosis, otherwise known as Valley Fever, is a condition seen in dogs that have spent time in the low desert regions of the Southwestern United States. Many dogs experience no symptoms of valley fever, however dogs that are very young, geriatric or immune-compromised may experience symptoms ranging from fever to joint pain.

What is valley fever in dogs?

Coccidioidomycosis is a condition that goes by a number of different names including valley fever, desert rheumatism, San Joaquin valley fever, and California disease. This condition can be seen in both dogs and people and is caused by a fungus called Coccidiodes immitis that can be found in the soil of specific desert climates. In the United States, Coccidiodes immitis is commonly found in the low desert regions of Texas, Arizona, California, and New Mexico.

How is valley fever spread?

Valley fever develops in dogs after they inhale the Coccidiodes immitis (fungal) spores. Once inhaled, the spores make their way into your pet's lungs where they grow into 'spherules'.

If your pup has a healthy immune system their body will 'wall off' the spherules and your dog will not develop any symptoms of valley fever (asymptomatic).

However, if your dog is a puppy, very old, or has a compromised immune system the spherules will continue to grow until they eventually burst, releasing hundreds of endospores which can then spread throughout the lungs and to other parts of your dog's body where the cycle will repeat itself.

Is valley fever contagious in dogs?

Valley fever only develops when the fungal spores are inhaled, so it is not contagious between dogs or able to jump from dogs to people.

Is valley fever common in dogs?

In the United States, Central and Southern Arizona are believed to have the highest incidence of valley fever. In fact, some counties in Arizona estimate that 6-10% of local dogs will develop symptoms of valley fever over their lifetime.

What are the signs of valley fever in dogs?

Symptoms in the early stages of valley fever, when the spherules are contained within the dog's lungs, may include lack of energy, loss of appetite, fever, and dry cough.

If the fungal spores reach other parts of your dog's body a wider range of symptoms may appear such as painful swollen joints, persistent fever, weight loss, eye inflammation, and blindness. In some very rare cases, if the fungus reaches the brain, valley fever can result in seizures.

If your dog is displaying symptoms of valley fever it is essential to seek veterinary care as soon as possible in order to avoid serious health complications.

How is valley fever in dogs treated?

When diagnosed and treated early, many dogs recover well from valley fever. Dogs diagnosed with valley fever after the disease has spread to other parts of the body are more challenging to treat, and in some cases, the condition may become life-threatening.

Note: The advice provided in this post is intended for informational purposes and does not constitute medical advice regarding pets. For an accurate diagnosis of your pet's condition, please make an appointment with your vet.

If your pet is suffering from a condition that could benefit from the advanced care of a veterinary specialist, speak to your primary care vet about a referral to Carolina Veterinary Specialists in Matthews or contact us for more information.

Carolina Veterinary Specialists in Matthews accepts new clients to our specialty services by referral only. Our emergency service accepts all clients.